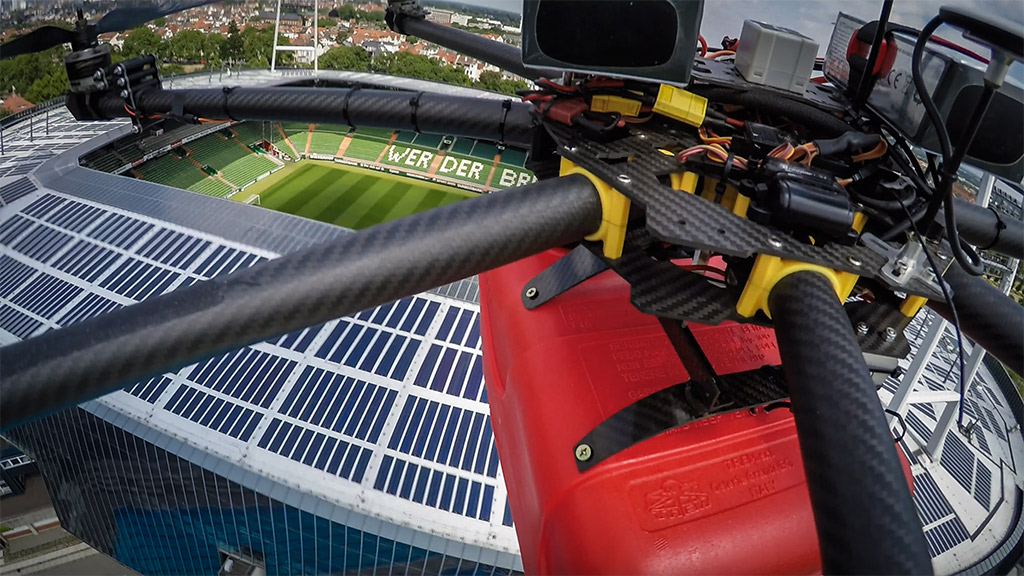 Again we were on a tatort movie set. This time we brought 2 main octocopters and two backup systems. We had several tasks, as usual the main task was to shoot the aerials but this time it was different with the second octocopter. There was no camera attached to the copter but a little red tank and the copter itself was being filmed as part of the movie. The copter didn´t behave like usually because of the tank´s wind resistance , it was difficult to fly precisely along a prepard flight path. The path itself didn´t allow for any gps help, so all shots involving this copter were flown completely manually.

Usually a tatort movie keeps us filming on set for more than one day and it keeps us busy preparing things for a week or more.
There is very limited time on set so the shots need to be planned well ahead and all flight paths need to be prepared way ahead in time.

Since a scene has many aspects and actors are involved the pilot/camops team needs to stay completely focused so we always bring technicians running the operation in the background like preparing the main film copters, the backup systems, charging batteries and preparing the camera systems.

It was a lot of work, demanding flights and a challenge to finish all flights before sunset but the result was very rewarding. Thanks to all involved.