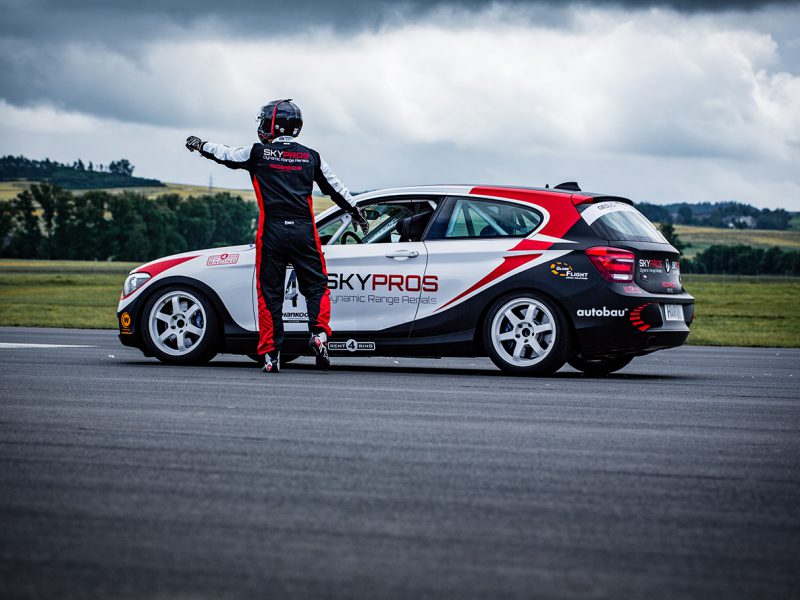 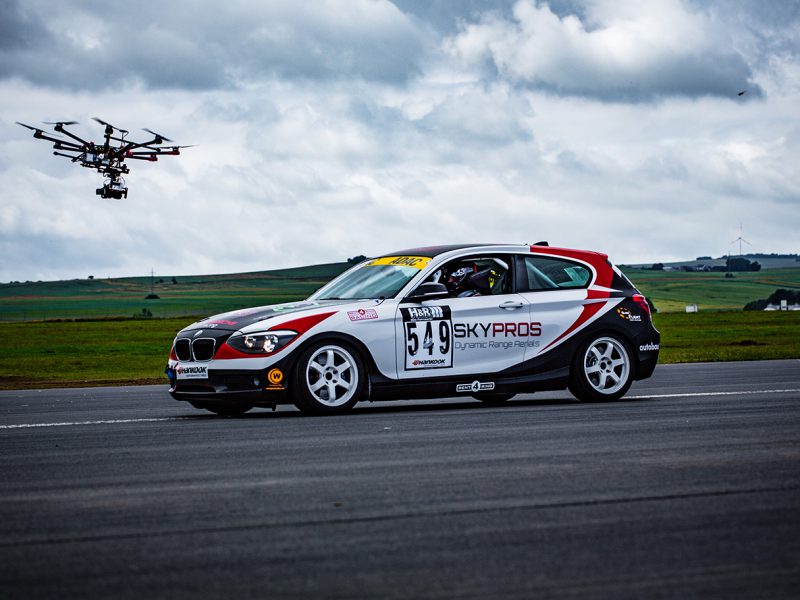 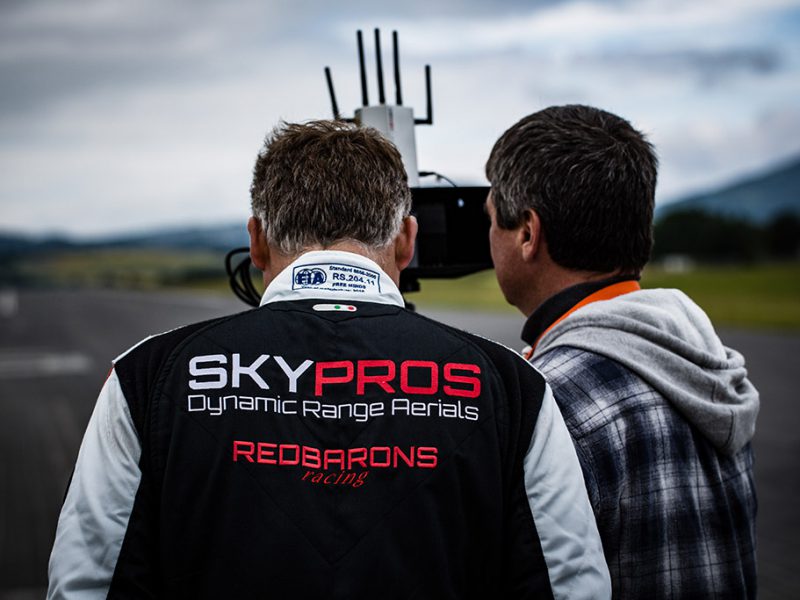 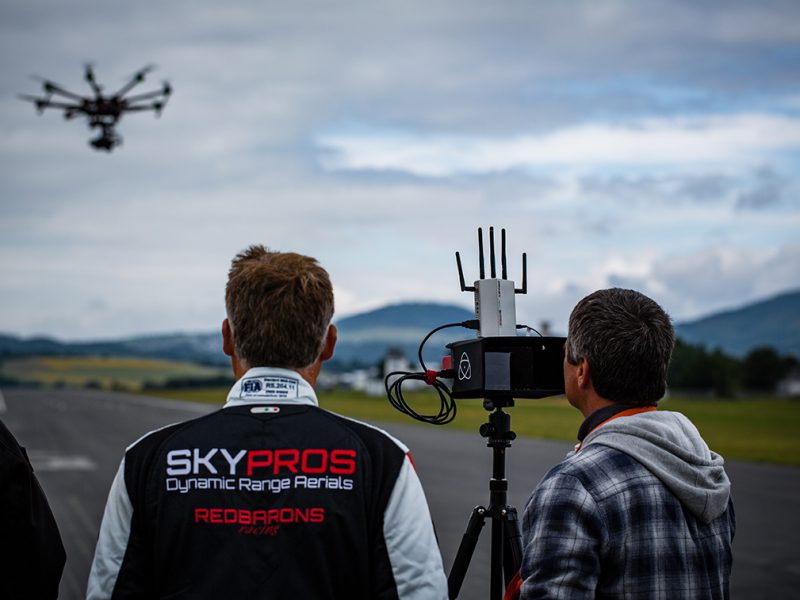 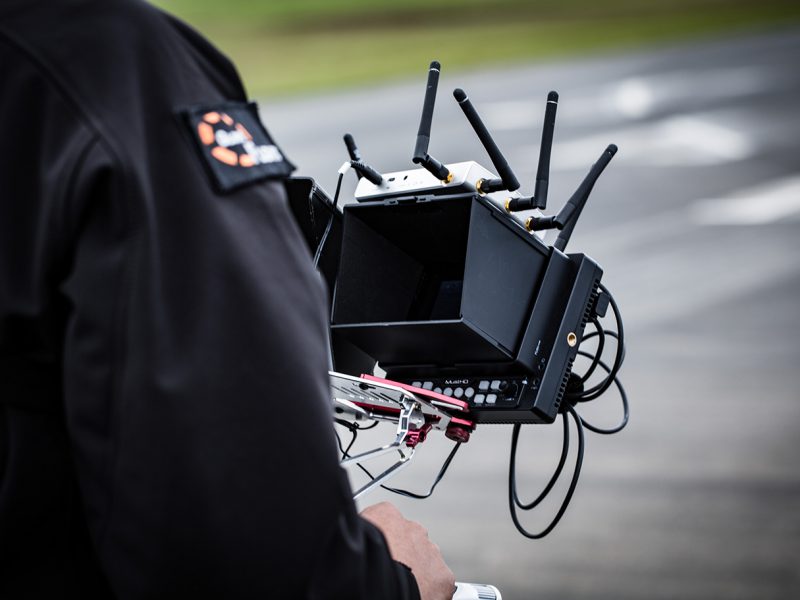 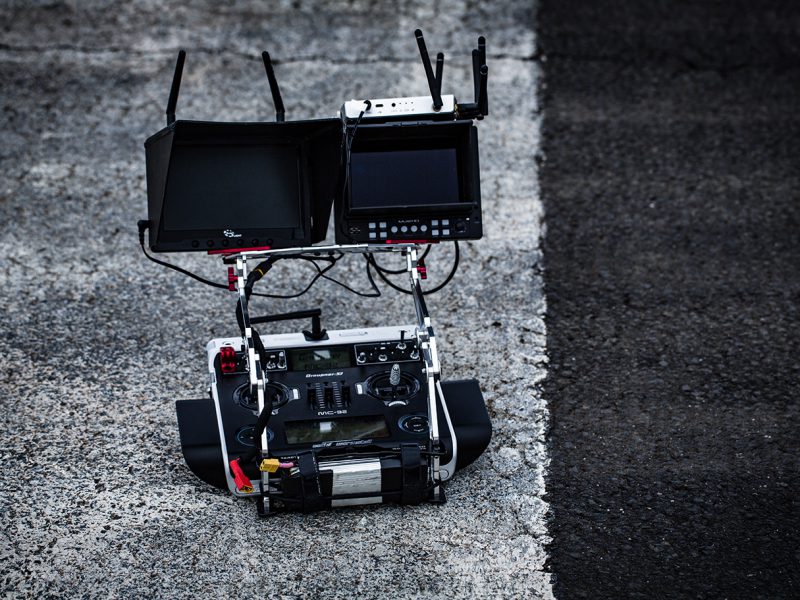 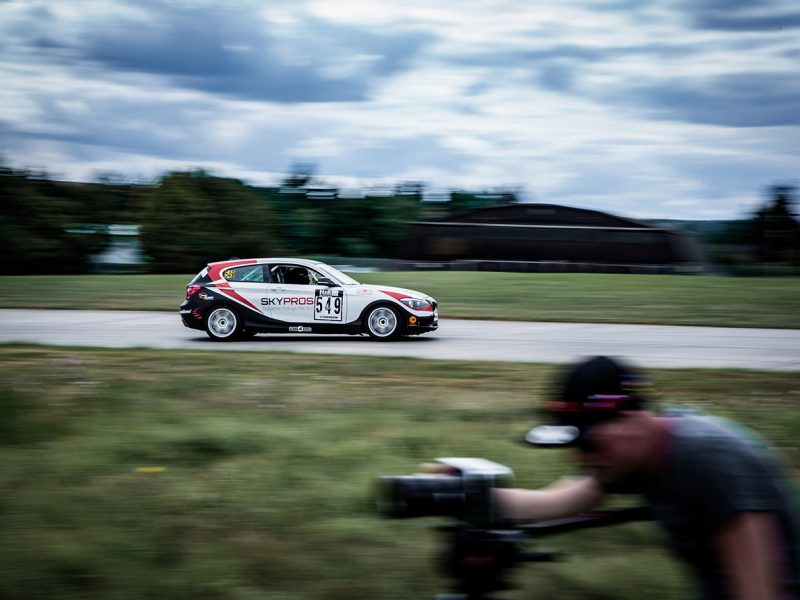 2016 proofs to be an interesting year as far as speedy aerials goes, we already put our race drones through the paces on AIDAprima, raced our way around the Elbphilharmony in Hamburg, took some aerials of a professional bicycle team and now we are on the racetrack with a racecar.

Here the car is filmed on the runway of an airport but this is only part of a bigger project.
The car itself is a FIA conform BMW 125i VT2 stage 2, fully caged racecar. It is actually raced on the world famous „Green Hell“ Nürburgring Nordschleife throughout the season 2016 in the raceclasses RCN and VLN by our driver D.Wormstall.

It will also be filmed on several occasions and stars at different locations throughout germany. We will put it on a track with all drones in the air hopefully catching breathtaking footage in the process. Among other aerials the car will be on a race track together with race drones and they will race each other.

It will also be paired with a lot of other cars on the track to take the aerials. The whole project took a lot of time to gather all permissions and prepare everything.

These are the first pictures we are allowed to post, more to come…….enjoy ;))