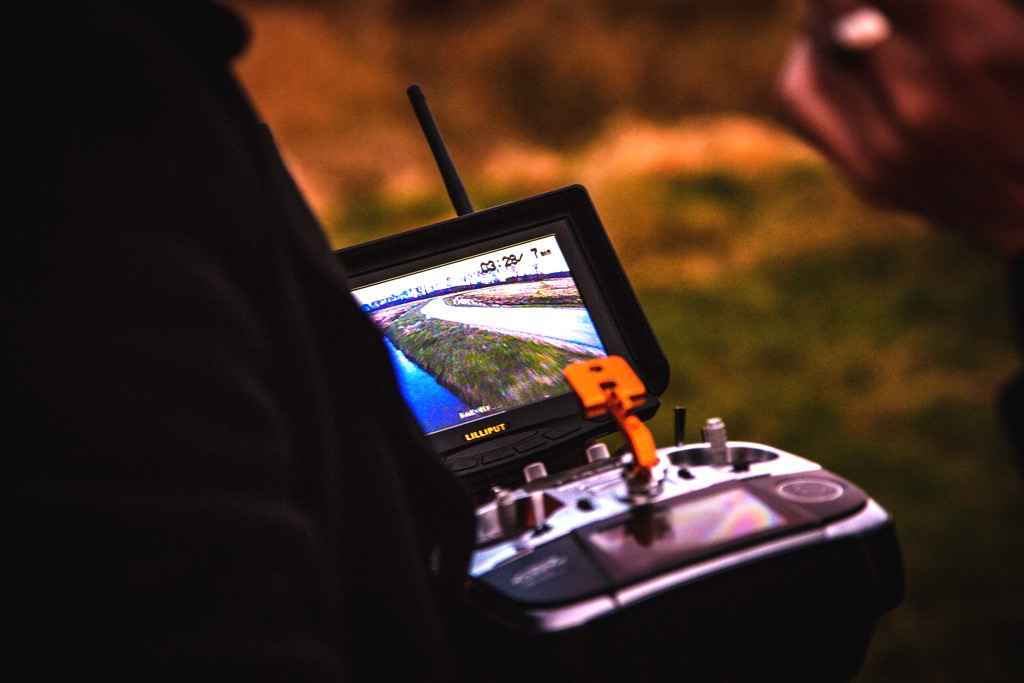 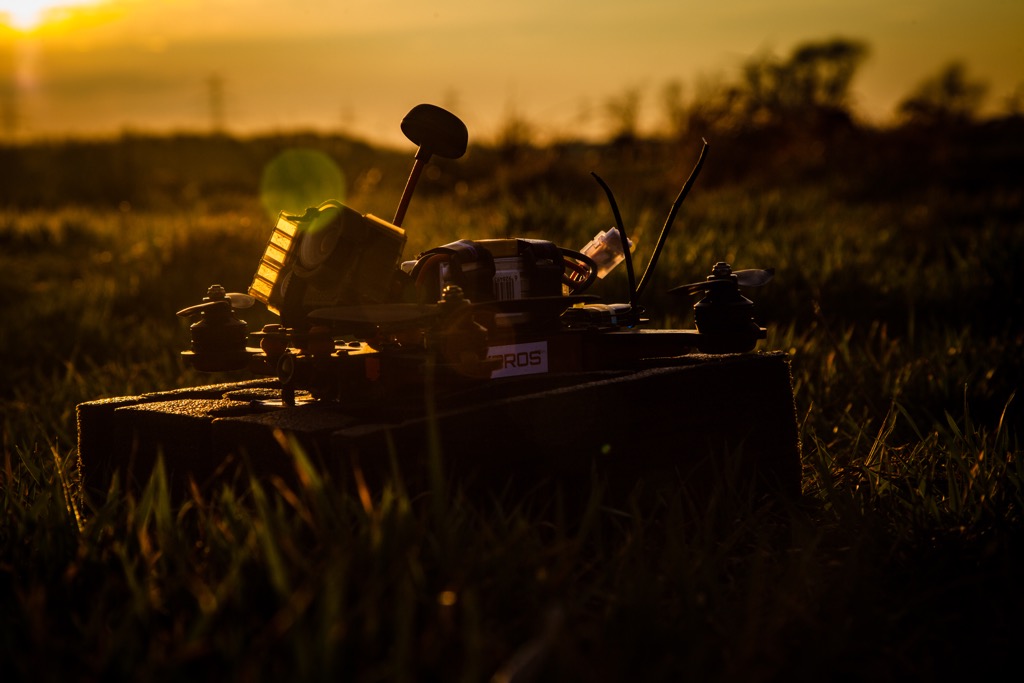 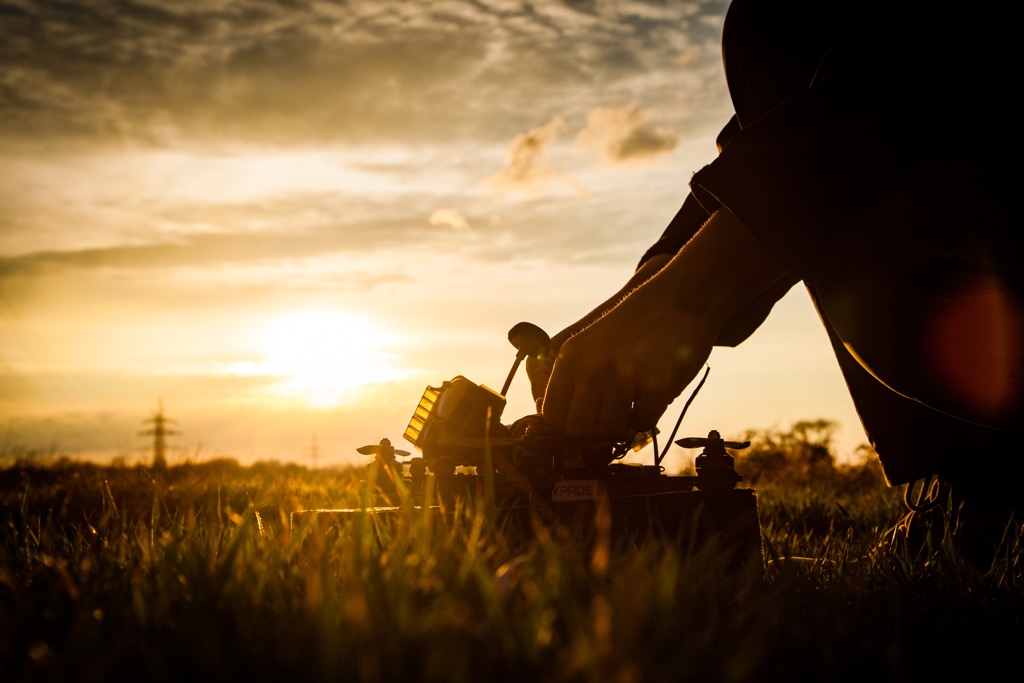 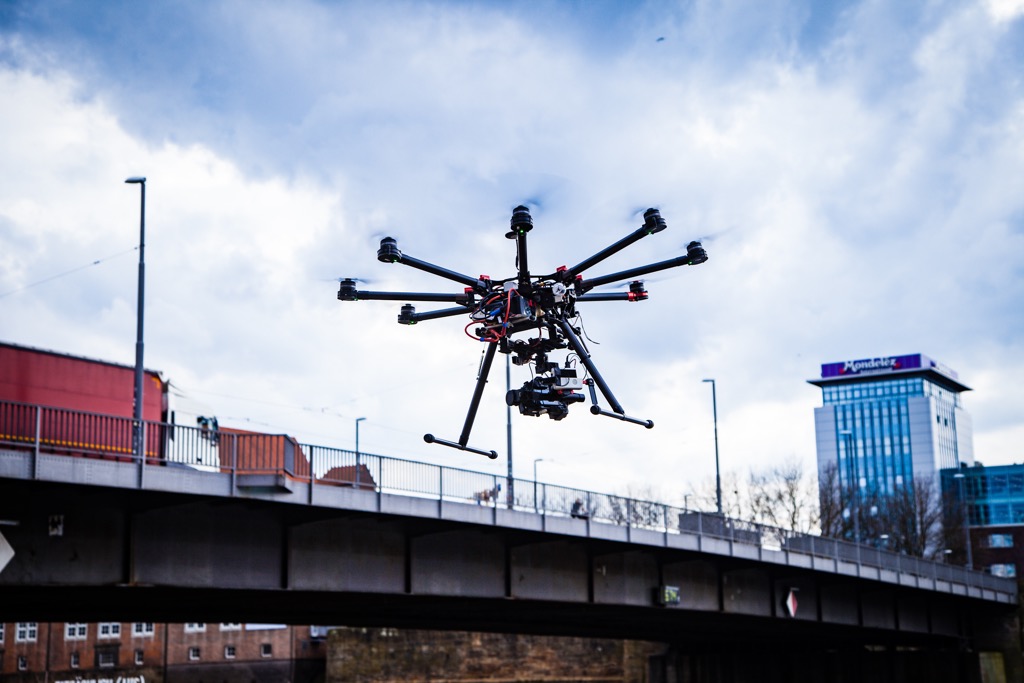 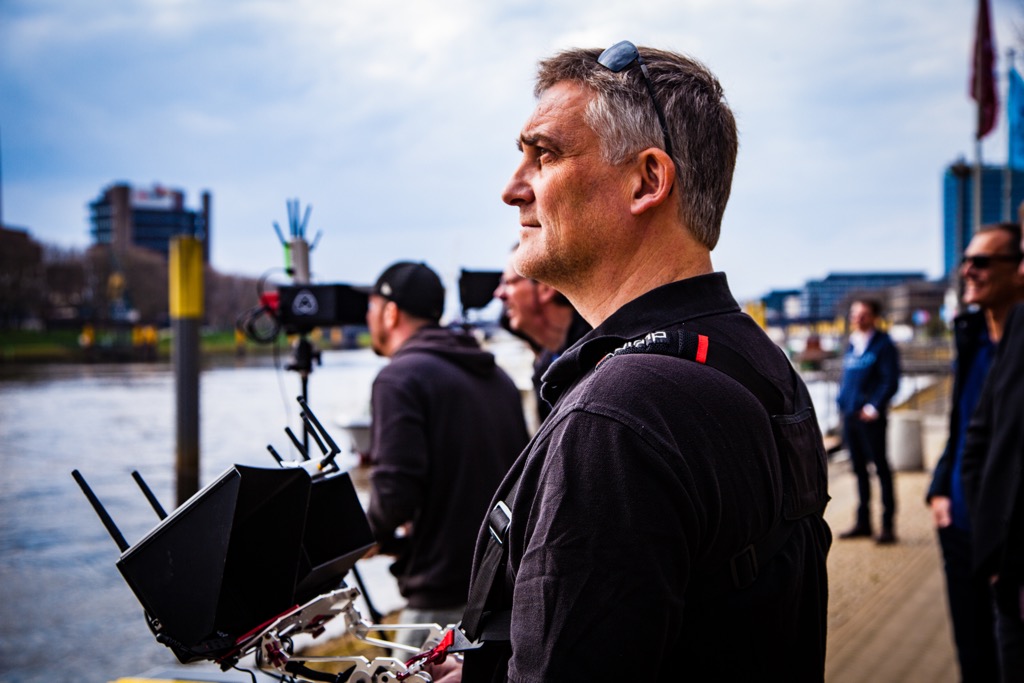 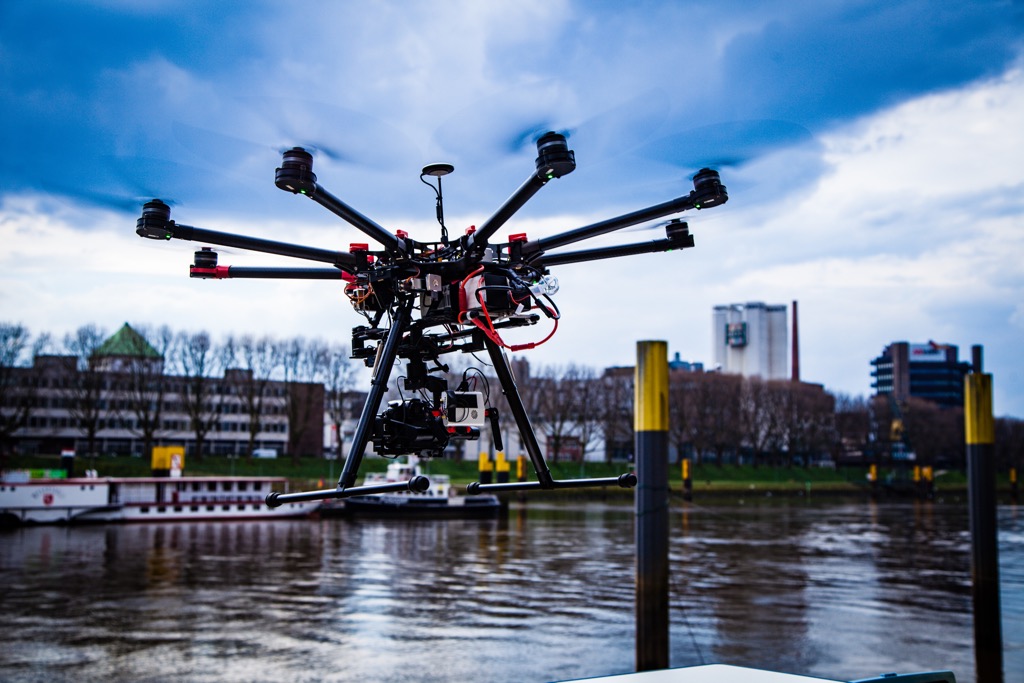 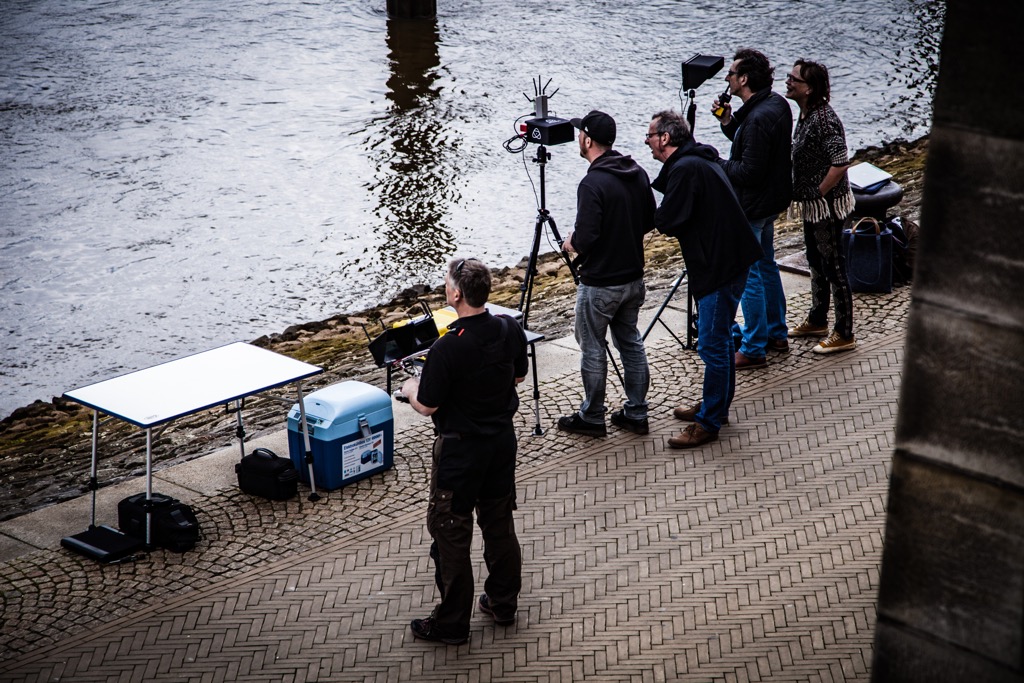 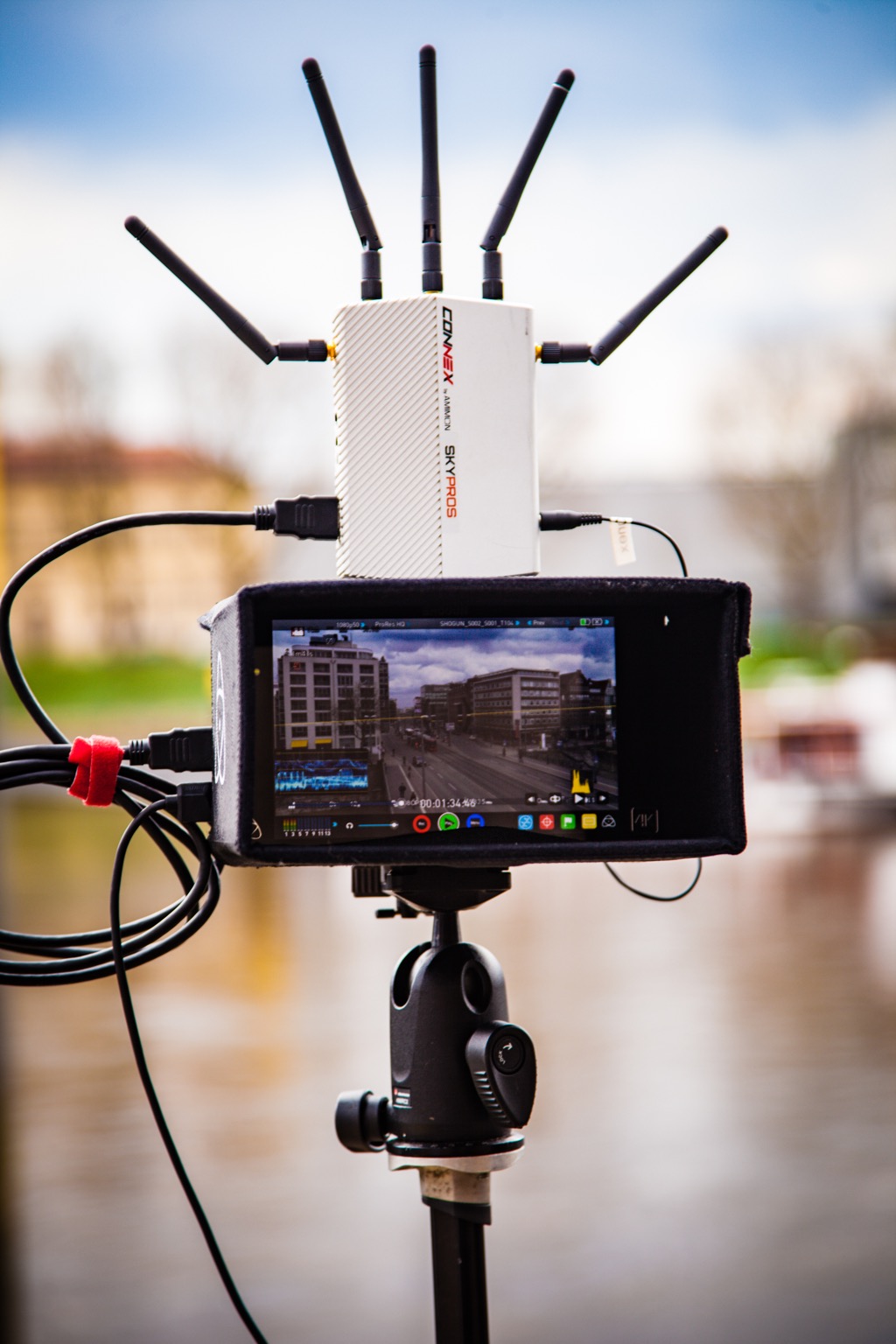 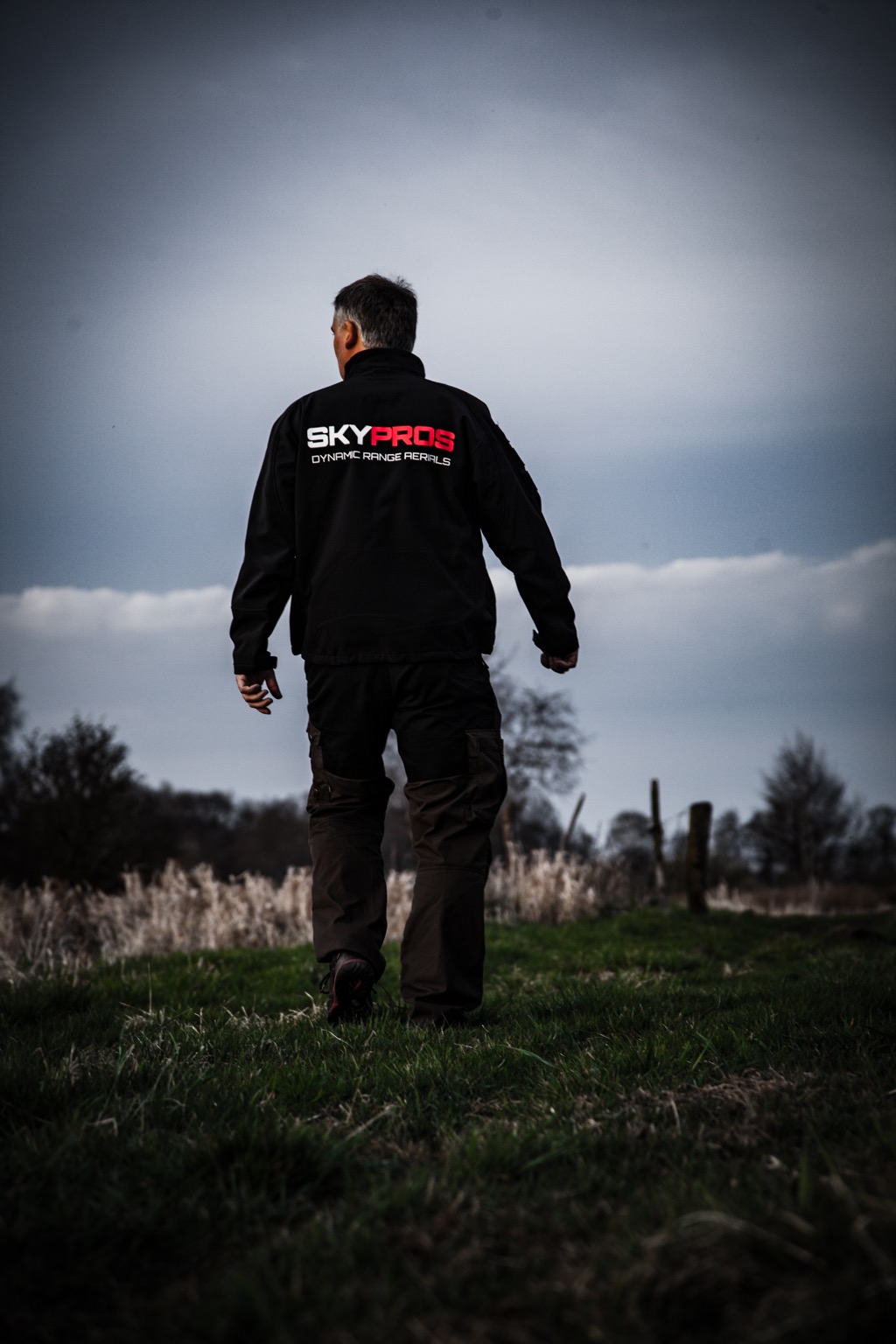 This was definitely our most interesting and challenging aerial work for a movie production set to date.
It was our 8th „Tatort“ movie cooperation in 4 years and easily sits on top of our own list of challenge, flexibility, idea wrangling, difficulty, cooperation, „teamgeist“, directing and in the end the result.

But there was a more interesting point to this aerial work.

When we work on a time constrained, high budget car ad production or any other high end production the producer always requests to have a RED or Alexa Mini in the air.
We always bring a backup system that is a suitable DIY solution for the task or an inspire or any other multicopter that can substitute as a backup system.
And more than one time in the end the dynamic of a difficult aerial shot was by far more important than the quality of the camera that took the shot. Don´t get me wrong we are not here to say that the quality of the aerial camera is not important, but you can get an epic aerial shot with a cheap GoPro when you frame the shot correctly and hit it right, especially if the shot is difficult to fly.
After a couple of years in the business we get the slight feeling that the upfront request to bring the highest camera quality leaves something out of the equation……

With this aerial work for the highest rated german crime theme film production things were a bit different. For the first time we brought 3 different multicopter systems and 3 different cameras. We brought an S1000 with a Panasonic Gh4, an Inspire with a X5Pro and a Racecopter with a GoPro Hero4 Black Edition.
In the end all cameras have been used, all copters have been used and in every case it would not have been possible to use one system only.

As to our knowledge this is the very first film production set worldwide, that used a racing drone for a shot which would not have been possible with any other kind of remotely piloted aircraft or multicopter. The racing drone was there to shoot a scene, not to be shot as a racing drone so it was used for scenic work.
So when watching the movie later, the spectator only gets to see the scene, he doesn´t know that a racing drone was used to shoot it (but he will ask, „how did they do that?“).

And the racing drone only came into the equation after a thorough briefing way upfront of the production day (most unusual as many of you know, most of the times you get the call a few hours before the deadline and barely get all permits together, not so in this case). The whole team was discussing possible solutions when we brought up using a racing drone.
This immediately meant we could only use a GoPro for the shot but the discussion was very open minded, we then made a plan, built the racing drone according to the needed specs and used it for the subsequent aerial work – and what can i say, the result was astonishing…..but everybody has to wait until the movie will be released and aired on german tv.

So this brings up a question we have for the community especially everybody involved in any kind of movie production. What do you think, how many times did you bring a better quality camera but ended up with an epic shot using only your backup system or a lower quality camera just because it was in the air at the right time? We love to hear your stories and see some links…

And here are a few bts shots, enjoy……